Affects the colon (large bowel) and rectum. It usually grows very slowly over 5-10 years, before it starts to spread and affect other parts of the body. Most bowel cancers start as innocent benign growths called polyps on the bowel wall. Polyps are like small spots that can be flat or on stalks and most do not cause cancer symptoms. Polyps are common as we get older and most polyps are not pre-cancerous. One type of polyp called an adenoma can, however, become cancerous. 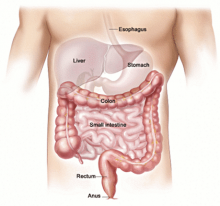 If left undetected the polyps will grow to form a tumor in the bowel, causing bowel cancer symptoms like pain, bleeding, alteration of bowel movements i.e. loose motions and constipation. If untreated, the tumour can grow into the wall of the bowel causing intestinal obstruction. Once cancer cells are in the wall, they can travel into the bloodstream or lymph nodes and travel to other parts of the body. The common sites for the bowel cancer spread are the liver and the lungs. The process of spread is called metastasis.

Risk factors for developing bowel cancer are lack of exercise, eating a poor diet, high alcohol intake, being overweight (obesity), smoking and family history. The incidence of bowel cancer also increases with age and in patients who suffer from intestinal conditions like Crohn’s disease and Ulcerative colitis and familial polyposis.

Bowel cancer is suspected because of the symptoms of bleeding from the back passage, altered bowel movements, weight loss, anemia, mucous discharge from rectum , abdominal pain or by palpation of abdominal or rectal mass. There are various tests used to diagnose bowel cancer. 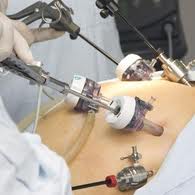 Once your specialist team have received the results of your tests and  fully understand the extent of the cancer, they will be able to discuss your diagnosis and what your treatment options might be either one or a combination of treatments.

The method used by the NHS Bowel Cancer ScreeningProgramme to screen for bowel cancer is by FOB (faecal occult blood) test which detects blood hidden in the small samples of faeces.  A FOB test does not diagnose bowel cancer but will identify blood in the stools. A positive test will trigger an invitation to have an investigation to find out what is causing the bleeding (colonoscopy)

Bowel cancer screening  .. can detect bowel cancer at a much earlier stage, before symptoms develop. This is very important because bowel cancer is usually a very slow growing disease, and can be cured with a straightforward removal of polyps or by operation before developing into a cancer or before the spread of disease.The Bowel cancer screening has been shown to reduce the risk of dying from bowel cancer by 16 per cent. The NHS Bowel Cancer Screening Programme is offered every two years to everyone (registered with a GP) in England aged 60 to 74. People over 75 can request a screening kit by calling the freephone helpline below.